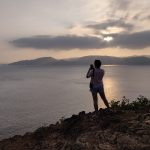 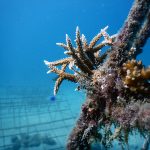 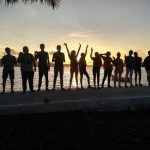 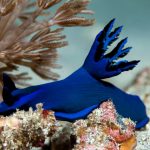 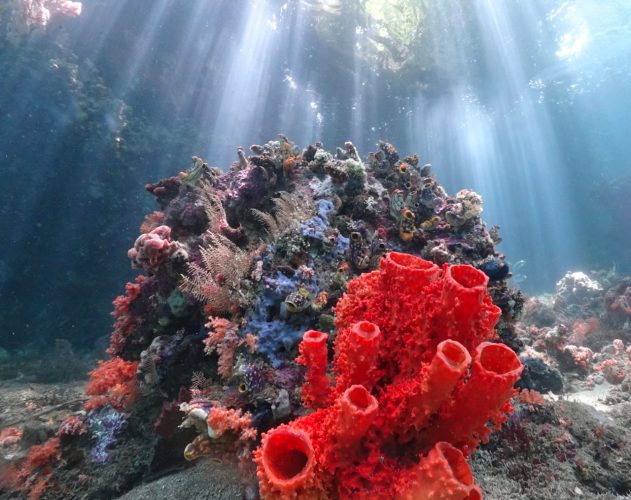 Three (maybe four) flights (one which was almost missed). Second star to the right, straight on ‘til morning – somewhere, over the rainbow and across the Banda Sea, adjacent to Oz, but not quite there. J.M. Barrie wrote of a Neverland like the one we visited, but his was festooned with pixie dust and ours with birds of paradise. Both were magical. Perhaps it’s no coincidence that Barrie was born the year that Alfred Wallace (a contemporary and intellectual rival of Darwin’s) stayed on Gam Island, in Raja Ampat.

In September 2018, over a century and a half later, Lacadives led a group of 12 divers on a pilgrimage to the inner sanctum of the world’s biodiversity, and stayed on Gam Island. We were hosted by Papua Explorers, a rustic eco-resort with Papuan-style villas on stilts, overlooking achingly blue waters. It is difficult to fully encapsulate the sensory overload that is Raja Ampat – except to say that the rumors about it are true, they are not burnished by nostalgia.

We arrived surprisingly fresh after a good 24 hours of flights and a boat ride. We were welcomed by a throng of children from the local village who had assembled on “PapEx’s” dive deck, and crystal clear water. It was fairly apparent that “House Reef” in Raja Ampat is to “the best dive site” in other places. Brown boulder and staghorn were punctuated by brilliant blue anthias, parrotfish, and gigantic needlefish, all in about a foot of water. Paradise, it seems, was found.

The rest of the trip followed a similar trajectory – full of unexpected surprises. Gentle drifts would crescendo to ripping currents on which jacks, sharks and tuna would hunt fusiliers and snapper. “The Passage” had fields and fields of soft coral in shades of pink and orange glittering in dappled sunlight and surrounded by mangroves. Wobbegong sharks, native to these waters, curled up like cats under coral overhangs. Mike’s Point, a universal favorite, had a staggering variety of coral 5 meters below the surface, making for a safety stop (and a couple of shark chases) that we won’t soon forget. Surface intervals were also unparalleled, often spent on deserted islands or little Papuan villages with plenty of carbohydrates and coffee. Perhaps best of all, this dive trip was highlighted by a spectacular underwater marriage proposal, captured by Sumer Verma’s expert videography and organized by the incredible guests and staff at Papex.

It is difficult to not bond over things of beauty – and the divers who participated on this trip, both old and new Lacadives clients, are now unequivocally family. That, and the miserable ‘dive hangover’ we have all found lurking under our desks after a week in paradise, are strong indicators that we will very likely wander back to Raja Ampat – either as individuals or as a collective – quite soon! 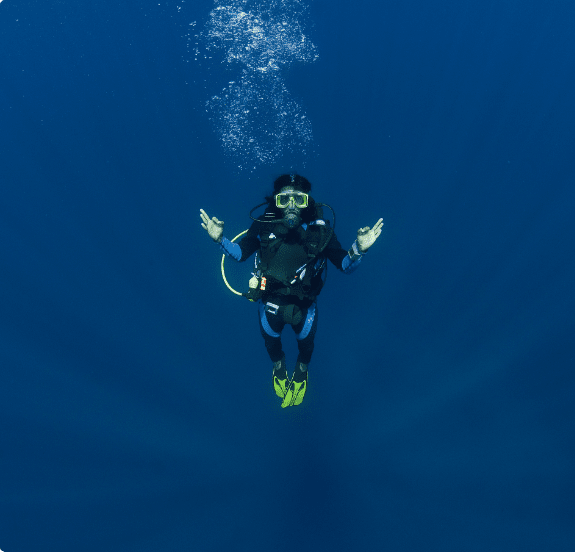